Content is Still King in Digital Signage 10 Years After the .Com Bust

Content is Still King in Digital Signage 10 Years After the .Com Bust

At the height of the dot-com bubble in the 1990s, the prevailing mantra was, “Content is King.” Unfortunately, too many people believed that content alone sufficed to create a viable business plan, and we know how well that turned out. 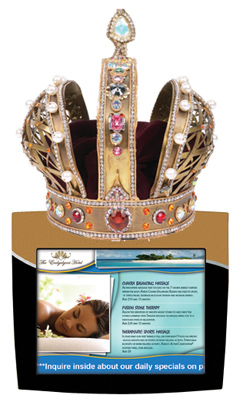 Business owners looking to deploy a digital signage network to their premises, however, should be careful not to veer in the opposite direction and ignore the importance of content. Indeed, when it comes to digital signage, content really is king. The bells and whistles that come with a digital signage package – the plasma screens, software, sophisticated media players, PCs, etc. – all exist as part of the medium. They’re not the message. Consumers may be bowled over initially by flashy, Blade Runner-type graphics and holograms, but once the novelty wears off, the message is what will sell, not the medium.

What happens when content becomes secondary to the machine whose purpose it is to deliver it? You have episodes like these that I see happen every day:

Business owners dazzled by the promise of digital signage should take care not to let themselves be seduced by the bright, shiny objects at trade shows and in catalogs. Digital signage has tremendous advantages over traditional signage – namely their minimal carbon footprint, flexibility, and, yes, the gee-whiz factor – but the hardware is only part of what will draw customers and visitors to your premises. The sizzle must be accompanied by a hefty slab of steak, so to speak. Make the most use of digital signage and its numerous features. Be creative and maybe even a little adventurous in how you offer content to your audience. It doesn’t have to be “The Daily Show,” but with a little imagination, you can likely do much better than the same old infomercials that your competitors will be dishing up. 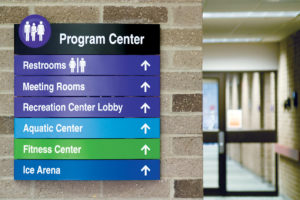 We have talked a lot about what it takes to[...]

Back to the Future: Virtual Reality for Wayfinding Research

Virtual reality (VR) environments provide an excellent means by which[...]