Another project by ASI has made the local news. This time, it’s Indianapolis and the Indiana Convention Center.

“Convention center’s visual highlights are many,” written by Bruce C. Smith, shows the new interior architectural signage provided by ASI, Indianapolis. Here are some excerpts from the article:

“If the new Indianapolis International Airport is the front door to Indiana, then the Indiana Convention Center is like the living room to receive and welcome people to our state,” said William A. Brown Jr. of Ratio Architects, the expansion’s design team leader. For a sense of the size of the expanded Indiana Convention Center and neighboring Lucas Oil Stadium, imagine being able to walk through six Walmart supercenters looking at row after row of displays. It all adds up to 1.2 million square feet of space, including 749,000 square feet of exhibit space that will rank Indianapolis as the 16th-largest convention venue in the nation, up from 32nd. 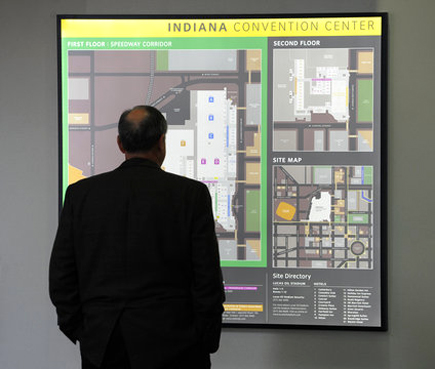 Greg LeGars, with ASI, Indianapolis worked on the project and used the EvoLite technology for the illuminated map signage. Mr. LeGars said, “The appearance of the map image is a soft yet dramatic look and it’s a nice fit with the overall design of the public space. It is something very unique for displaying maps.” This was the first time ASI, Indianapolis worked with the EvoLite technology and Mr. LeGars was pleasantly surprised with the ease of assembling the map displays. “Getting product support — answering questions and delivery of electrical specs — was really good from EvoLite.” 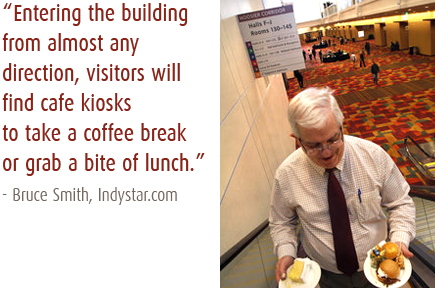 3form has announced that new products and new materials will[...]

As urban populations around the world swell and reflect the[...]

One of the best examples we have seen of merging[...]