Thanks to Sign Builder Illustrated for featuring one of ASI, Chicago’s custom exterior signage projects, Clark Devon Hardware, on the cover of the May 2011 issue. The project is an interesting example of how signage can transform the façade of a local architectural icon and become a functional and aesthetically pleasing destination point for the public. Here is ASI, Chicago’s case study detailing how the custom exterior signage project was brought to life, including a video on YouTube: 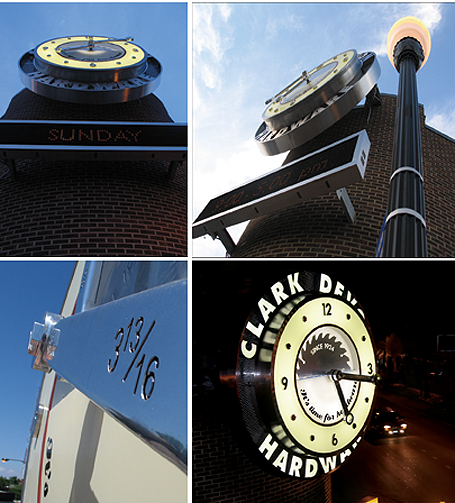 Clark Devon Hardware is the largest independently owned hardware store in the United States. Located in Chicago’s Rogers Park neighborhood, it is named for its location at the corner of Clark Street and Devon Avenue. The Chicago-area icon wanted to upgrade its storefront as part of an effort to beautify the neighborhood. Because Clark Devon is a “mom-and-pop” hardware store in a world of “big-box” stores, it needed a solution that suits its traditional appeal. The owners of Clark Devon Hardware wanted a symbol that represented the charm of quaint town squares – a clock to be perched atop the store with an electronic message center (EMC) that scrolls the date, the time and other information as needed.

About the Solution
Bluestone and Associates was hired by Clark Devon to design the project. Bluestone sought out ASI for recommendations on material options and viable solutions to achieve the design intent. ASI coordinated the manufacturing and installation efforts for the Clark Devon project because ASI is a proven, experienced leader in managing complex, custom architectural signage projects.

Van Bergen, a major U.S. custom clock and chime maker, built the actual clock, which contains many moving parts that are replicas of items found on the hardware store shelves. Giant wrenches were used for the hands, huge nuts and bolts represent numbers, and a massive saw blade, with the statement “Since 1924”, rotates in the center clock to signify Clark Devon’s historical presence in the Chicago area. ASI fabricated the supporting outer rings of the clock as well as the metal lettering on the clock face.

The Clark Devon building itself was reinforced with steel in order to support the weight of the massive 3200 lb., 11-foot diameter clock. While some pre-assembly was possible, details such as the lettering on the face of the clock and lighting were completed after installation – a process that attracted quite a bit of attention from the neighborhood. The clock continues to garner attention and admirers from all over, especially the residents of the Rogers Park community. 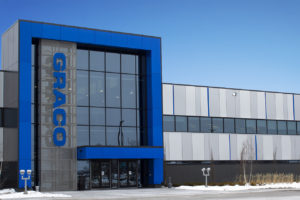 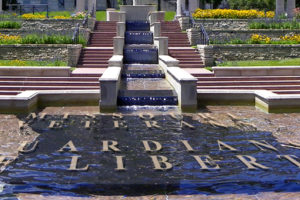