As urban populations around the world swell and reflect the graying of the Boomer generation, how are cities coping with the wayfinding challenges this demographic shift will surely bring? Are they up to the task of keeping up with rapidly advancing technology that is changing both architectural signage and exterior signage, including digital signage, social media, and GPS?

By all accounts, there are some indications that some cities are looking towards the future and have begun to improve creaky (or nonexistent) wayfinding systems. London, for example, has already implemented a comprehensive (and “funky,” according to some bloggers) pedestrian signage network called “Legible London.” The city’s urban planners hope that the signs will encourage more Londoners to walk rather than use overcrowded public transportation, and recent reports indicate that they’ve been able to decrease the number of pedestrians lost by about 65%.

Many, many cities, however, remain well behind in updating their wayfinding plans to address anticipated population changes and growth projections. The Internet has experienced explosive growth partly because of the work of specialists in web wayfinding such as search engine optimization consultants, programmers and developers. Urban planners, however, have yet to fully recognize the power of technology and wayfinding best practices to create cities prepared for a future very different from the present.

Urban wayfinding continues to be a work-in-progress, even more so under present economic challenges. As municipal governments and urban planners wrestle with population growth, aging demographics and outdated signage, however, they face extraordinary opportunities to reconfigure and redesign their environments and wayfinding signage to create truly dynamic cities. 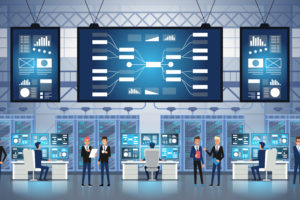 According to the 2019 Global Digital Report by We Are Social[...]

Communicating with the Functionally Illiterate in Public Spaces

According to a recent report published by the National Institute[...]

If any place could be considered a melting pot of[...]