Comprehensive Architectural Wayfinding: Signage and Then Some

Comprehensive Architectural Wayfinding: Signage and Then Some 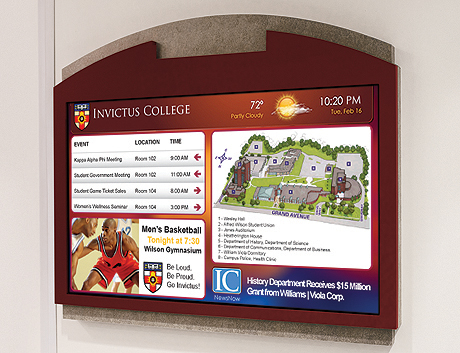 The best wayfinding solutions are married to building design, both with regard to the facility’s structure and its interior design. Wayfinding shouldn’t be a mere add-on element to the design components of built environments. Instead, wayfinding should ideally be taken into consideration during the planning and design phases. People who understand how wayfinding is crucial to people’s experiences of a given facility need seats at the planning table along with architects, interior designers, and facility decision-makers.

Accessibility is an important component of comprehensive architectural wayfinding. Certainly building design and signage must serve the needs of disabled people who use the facility. But accessibility, in its broad sense, is universal. Signage, structure, and interior design need to blend together in a harmonious and coherent whole that’s maximized to serve the needs of any and all people who use the facility. When maximum accessibility is part of wayfinding, it helps the facility communicate a sense of inclusiveness and reliability across the board.

For efficient architectural wayfinding, human psychology must be taken into account. Sure, wayfinding describes how people find their way to wherever they need to go in a given facility. The psychology of wayfinding, however, is complex, and the more that planners and designers understand about how people make use of visual cues – such as structural elements and space – to find their way in built environments, the more streamlined and cohesive will be the wayfinding systems that are developed. The means by which people adapt to built environments relates to how they perceive patterns in spaces and structures. If design is consistent throughout, with its various elements contributing to the whole, people’s wayfinding experiences will be positive.

Let’s look at examples of architectural wayfinding, both good and bad. First, the bad. People tend to have difficulty finding their way around a facility if its entrances and exits aren’t clearly marked and when no clear indicators exist to help guide people from the exterior of a facility – say, parking lots – to the interior and vice versa. Confusion also arises when transit points within a facility, such as elevators or stairways, aren’t made clear. When a wayfinding solution works well in the context of a built environment, exits and entrances as well as transition points within the facility are all delineated, and structural and design elements and spaces that can  serve as cues are strongly defined.

It would be a mistake to think of wayfinding as the same thing as signage. Rather, think of signage as a crucial component that enhances comprehensive architectural wayfinding. Design elements that serve as wayfinding cues or markers can be amped up by well-designed architectural signage systems, thereby contributing to smooth, trouble-free wayfinding and a positive experience for all who visit the facility.

Cityscape Signage or Exterior Wayfinding Signage for cities is making[...]

In the architectural building and interior design world,  often times[...]

The stainless steel mesh is embedded with linear tubes filled[...]