Emily Badger wrote a wonderful piece in the Atlantic Cities Journal about urban wayfinding or cityscpae signage and wayfinding titled “The Suprising Complex Art of Urban Wayfinding.” We wish we could have written an opening statement that is as humorous and observant as what she wrote. If you are involved with architectural design or wayfinding, you should take a few minutes to read Ms. Badger’s column. Click here to read more. For your convienience, we’ve pasted a few key excerpts below.

“Atlanta is no easy city for outsiders to navigate. It has seemingly three downtowns, plus three major interstates slicing through the core of the place, plus infinite maddeningly intertwined Peachtree streets. Los Angeles has neither an obvious street grid nor a comprehensive transit system that spans the entire city. Downtown Seattle actually has something like five street grids, all tilting on a slightly different axis. Washington, D.C., has those diagonal boulevards that befuddle tourists. And then there’s Venice – don’t even get visitors started on Venice.

In a word, these are all cities that could use some wayfinding.

“Architectural signage and wayfinding isn’t about building a nicely designed sign,” says Sue Labouvie, one such expert whom we tapped to explain the science of helping us find our way in the city. “It’s about the information content and the analysis of the space or place that you’re trying to move people through, and coming up with a strategy of how you make this big complex thing simple and understandable to the user.”

While we’re sharing information about wayfinding from other resources, we’d like to shine some light on a blog post authored by Sun Joo Kim on smartplanet.com titled, “How to Design Better City Streets for the Blind.”

In addition, we’d like to share a few other sources of information for wayfinding — both for urban wayfinding, cityscape signage, and architectural wayfinding solutions.

Check out these other urban wayfinding or cityscape signage blog posts:

City Wayfinding Signage: Why Making the Investment in Exterior Directional Signage is a Good Idea 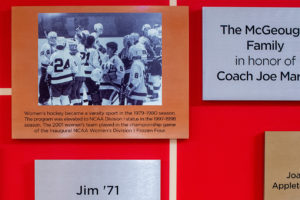 We have talked a lot about what it takes to[...]

Kalahari Resort is an African-themed waterpark resort in Sandusky, OH,[...]