Studies on wayfinding and gender suggest that differences exist in how males and females carry out wayfinding and navigation. For those of us who are concerned with providing efficient and workable wayfinding solutions, a striking result of the research is that men and women go about finding their way around built environments in different ways. Exploring the differences in how men and women orient themselves can build a better understanding of how to improve wayfinding systems and facilitate navigation for everyone.

When it comes to making wayfinding and navigation choices, men tend to rely on map navigation. Men, more so then women, rely on spatial abilities which help them navigate environments from a three-dimensional mental model. On the other hand, women tend to be either landmark navigators or route navigators, which means they are more likely to rely on familiar landmarks or on established routes to find their way around. For a funny real-life example of this phenomenon, check this post titled Uptight Wayfinding.

Differences in style translate into differences in strategy. Since more men than women fall into the map navigator style, they often rely on global reference points that assist them in building conceptual models of built environments. Women tend to strongly rely on cues from the immediate built environment, such as landmarks or information given to them about which routes to take. Think traditional cardinal directions (North, South, East, West) as opposed to “over by the fountain with the ducks” — both points of reference can get you where you want to go, but men and women choose one over the other. Along the same vein, studies show that women are better able to recall specific landmarks in their environment than are men. For a deeper understanding of wayfinding and how architectural signage can improve communication, check out this whitepaper titled Pathways to Success with Wayfinding Signage.

When it comes to what’s known as the sense of direction, studies have suggested differences in confidence levels between the genders. Confidence level directly correlates into how much anxiety a person experiences in navigating complex structures and campuses. On the whole, men report feeling more confident than women about their sense of direction, which strongly comes into play when they’re faced with having to find their way around an environment that’s new to them.

Do differences in how men and women navigate spring from nature or nurture? Nobody can definitively answer that question, but nurture probably plays a significant part. Studies suggest that even when women perform as well as men on wayfinding and navigational problems, they experience, on the whole, more stress when faced with carrying out these tasks. Socialization likely plays into the equation, since many girls receive, while growing up, the message that women aren’t good at navigation.

What are the implications of wayfinding and gender studies that suggest differences in how men and women tend to navigate? Further studies in this regard will doubtlessly prove helpful, but in the real world, support is the key. No matter what their styles, strategies, or confidence levels, both men and women benefit from reliable, effective wayfinding support, made available through well-implemented architectural signage solutions and intuitive, user-friendly architectural design elements. 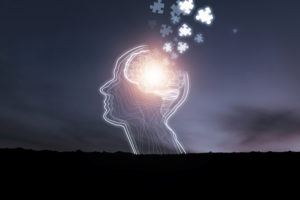 Wayfinding support for individuals with dementia

Navigating the world around us is a task we all[...]

In some built environments, there's a place where architecture and[...]