Color and Size of Exterior Signage is Making News Again

Color and Size of Exterior Signage is Making News Again

Color-selection and exterior signage is making the news again, this time it’s at Mile High Stadium – home of the Denver Broncos. The issue centers on the size, the placement, the brightness and the color of the large dimensional fabricated letters which spell Sports Authority Field. These letters, which use a strong red color, adorn the façade of the stadium – right over the “Denver Broncos” logo.

A story titled, “Denver City Council Yanks Plans for Flashy Mile High Signs,” by Jeremy P. Meyer on the denverpost.com details the events surrounding a three-hour Denver planning board meeting which resulted in the board pulling the plans for the dimensional letter signs. Citizens complained that the letters on the north, east and west sides of the stadium are too bright and too large and take away from the design of the tax-payer funded stadium. We can see their point – and so could anyone else for miles around. However, we think there might be something else at work here – the color choice. Color is a big influencer on people. It plays on emotions and can act on people at a subconscious level. In this case, the red color for the 9 ½-foot-tall and 178-foot-long illuminated dimensional letters on the east, north and west sides of the stadium just happen to be the primary color of the Denver Broncos arch-rival, the Kansas City Chiefs.

NFL fans or anyone familiar with AFC West division rivalries would get it instantly. Let’s put this into perspective. Pick your favorite sports team and think about an iconic feature of the team’s stadium or arena. Got it? Now, which sports team do you dislike the most? Now, take their team colors and put them in 9 ½-foot-tall illuminated dimensional letters in the stadium or arena.

This is not the first time exterior signage has been approved then pulled from being implemented due to public outcry. Check out this earlier post about a bank logo and letters facing a rugby stadium.

ASI, Miami is implementing the Macer Exterior™ and the Terra[...] 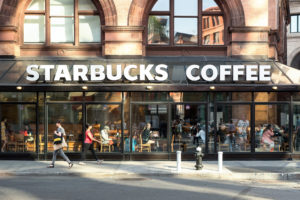 Universities and colleges often spend millions of dollars in branding[...]