Navigating today’s large, complex health care facilities can be a bewildering experience for patients, their loved ones, and guests. For efficient wayfinding, numerous variables must come into play, such as workable signage solutions, architectural design elements, and the ability of hospital staff to come to people’s aid. Since smartphones and tablet computers have become increasingly popular, more and more health care facilities are seeing the potential in apps that aid hospital wayfinding.

People with smartphones can utilize wayfinding apps on their own personal devices. When people are faced with an unfamiliar environment, it can be helpful for them to turn to a familiar device – such as the smartphones or tablet computers they carry with them – to seek assistance. This psychological factor is one of the greatest advantages of wayfinding apps. Such apps should be designed in a way that complements and enhances the wayfinding functions of the facility from the perspectives of patients and guests. When wayfinding apps help people feel confident about their ability to get around, everybody wins: patients, guests, and the facility itself.

How Apps Can Help People

Technology and specific apps can help people at every point of their interaction with a health care facility. Before a person even arrives at the hospital, he could access wayfinding information from the hospital’s website. When he gets to the facility, a wayfinding app on his smartphone or tablet computer could tie into the hospital’s system, providing valuable orientation and wayfinding information, maps, and directions on the go, thus helping the person find his way to any part of the hospital. Apps could also work in conjunction with interactive kiosks in the health care facility, and technology like QR codes could be leveraged to supplement wayfinding at any point in the hospital, as needed.

How Apps Can Help the Facility

Wayfinding and orientation apps can help the facility as well. For one thing, when people use effective wayfinding apps, they’ll rely less on staff for directions, helping to streamline hospital operations. Another benefit is that a health care facility could receive data from wayfinding apps that gives valuable information, including which parts of the hospital have the most traffic, which specific clinics interact with the greatest numbers of patients and visitors, and the overall usefulness of the app, which would be demonstrated by how many people utilize it and how many of those people still need to ask for directions. These numbers constitute valuable research for the hospital in discovering how to further improve their wayfinding systems.

Advice for Designers: Learn from other Designer’s Mistakes

Successful environmental graphic designers and architects know all to well[...] 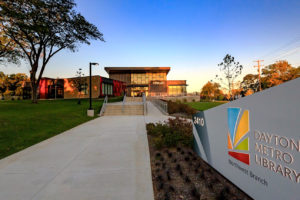 Great article that is worth the read if you are[...]