So what in the world does this have to do with architectural signage? This blog is named “Conversations about Signage,” right? Let’s think about wayfinding as it relates to space planning for a moment. How great would it be for an environmental graphic designer or signage professional  to look at a scale model of a space on three-dimensions to figure out where problems with seeing important wayfinding information could occur?

Of course there are 3D programs on the market and Autocad does a wonderful job of rendering wire frame environments with lighting — but Legos are much more fun then Autocad and blueprints. Don’t take our word for it: read the excerpt from the article below and judge for yourself.

“Most data we study is presented in 2-D. And as clear as a pie or line graph can be, it’s still a once-removed experience, just something else you see on paper or a computer screen. You can’t grasp it or reshape it. You can’t really play with it.”

“…two former colleagues would consult with one another from time to time, and they both found themselves in need of a practical approach to visualization. We discussed our frustrations with some of our reports not showing us what we really needed to see. We came to the conclusion that our processes were 3D but our reports were only two dimensional. We needed to see them 3D; hand sketches were exchanged over the weekend and within the following week, GM had the first Lego prototype in use.”

Now GM is using Legos for problem resolution tracking. If a transmission block breaks during durability testing, they’ll file a traditional paper report, but the case will also be added to a Lego board. Legos in various colors denote the area of the vehicle, and the block size denotes the severity of the problem.”

About the author: MARK WILSON

Mark Wilson is a writer who started Philanthroper.com, a simple way to give back every day. His work has also appeared at Gizmodo, Kotaku, PopMech, and PopSci. 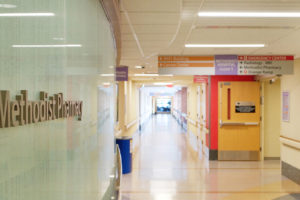 In this series, Branding: The Silent Partner, we've been examining[...]

Although universal design is indirectly influenced by the ADA, there’s[...]