“One of America’s coolest city parks … and one of the world’s most beautiful city parks.”

Considering the quote and photos above, something just doesn’t jive. Can the quote and photos denote the same park? Both refer to our own Forest Park here in St. Louis. Believe me, Forest Park is a beautiful place. It is the 6th most visited urban park in the U.S. and it is estimated that a quarter of Forest Park’s 13 million annual visitors come from outside the St. Louis area. Even for those who live in St. Louis, who have previously been visitors to Forest Park, the Park’s existing brown navigational signs — intended to be temporary when they were installed years ago —appear confusing and incomplete. Quite frankly, the signs just don’t do the park the justice it deserves. That’s why the folks at Forest Park have embarked on implementing a brand new wayfinding system for the Park.

As a St. Louisan and president of ASI Signage Innovations office located in Downtown St. Louis for over 35 years, I am excited and proud ASI is the implementation partner on this new project that will certainly enhance the Forest Park experience.

So, how did we get to be part of this team?

It started with a Request for Qualification (RFQ) issued by the City of St. Louis in the summer of 2013. In our response to that RFQ, we highlighted our experience implementing exterior campus wayfinding systems for medical centers, major universities and other municipalities. We demonstrated our financial qualifications, provided documentation of our shop drawing process and detailed our staffing levels and production capability. Fortunately, we were short-listed along with another St. Louis company and four out-of-town firms.

The next step was to provide a proposal for managing the manufacturing and installation of the new wayfinding system, designed by Corbin Design, as well as disposing of the confusing/hideous existing signs. The project entails 239 signs located throughout Forest Park’s 1,371 acres (more than 500 acres larger than New York’s Central Park). Here is a preview of the new sign family.

We knew, like it or not, that final selection was most likely going to come down to price. It also was going to be dependent upon how well we included Disadvantaged Business Enterprise (DBE) firms on our team. We worked hard in trying to achieve the Minority Business Enterprise (MBE) and Woman Business Enterprise (WBE) participation goals set by City policy. We believed that being located here in St. Louis, just minutes from Forest Park, would work to our advantage, since the out-of-town firms would be absorbing a lot of travel costs given the hands-on, intensive project management this project required. Ultimately, we felt that to be selected, we would need to be creative in our pricing approach and our outsourcing.

At the public bid opening in October 2013 we listened as the bids were opened and read aloud. Both the good and bad news are that we were low bidder at just over a half a million dollars, but maybe too low with a bit of space between us and the other bidders. Following the opening, we met briefly with a representative from the City Board of Public Service, who asked if we were comfortable with our bid. I swallowed hard and said we were. I knew our pricing strategy and I knew that my team had done a great job scouring the St. Louis metro area and the country sourcing materials and subcontractors.

Following the City’s review of our bid submission and approval of our DBE subcontractors, we were issued a contract in early March with 6 months to complete the work. The fun and hard work were about to begin. 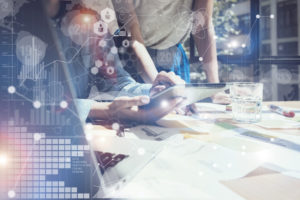 As I continue on my tour of the ASI system[...]