The Role of the Psychologist in the Wayfinding/Signage Process

Home UncategorizedThe Role of the Psychologist in the Wayfinding/Signage Process

The Role of the Psychologist in the Wayfinding/Signage Process 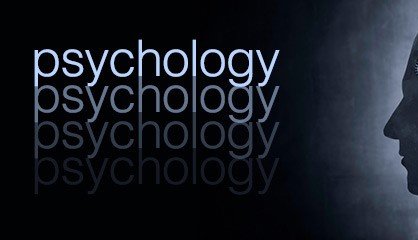 Wayfinding in high traffic environments is a complex and challenging process. Consideration has to be given to all sorts of users and stakeholders. If one considers a healthcare facility, the users are extremely diverse – not only in terms of the reason that they are visiting the facility but diverse in terms of culture, language, level of education, age, sex and so forth and all these factors need to be (or should be) considered in planning for the signage and wayfinding in these facilities. Very often additions are made to existing facilities creating a maze and adding to the complexity of the environment.

Very often too, in the early stages of an addition, new construction or renovation of a complex facility the stakeholders will form a committee or task force to assist in the planning and the implementation of a successful wayfinding and signage system. Experience has shown me that these task forces/committees usually consist of the following personnel:

These are all critical players in the signage/wayfinding process however it seems to me that there is an element missing. We know that navigating around a complex environment can be a stressful endeavor and very often this stress level can be significantly elevated by uncontrollable circumstances. A rush to see family members in a hospital, a rush to get to a terminal in an airport, a need to find a certain administrative room in an education facility are activities that occur to thousands of people every day. Jim Harding from GSP and Partners talks about the three V’s of signage, virtual, visual and verbal. One element that, in my opinion, significantly impacts the ability to effectively deliver the three V’s is the mental state of the user and careful consideration should be given to this.

Consideration of the psychological aspect can be accomplished by including an appropriate person on the wayfinding task force. I had an opportunity some years ago to be involved as a member of a signage/wayfinding task force at a very large healthcare facility in Atlanta, Georgia. The task force initially consisted, as is usual, of Marketing, Management, Engineering, Finance and an independent EGD tasked with developing the design, the wayfinding and selecting a vendor to build the signage. The facility consisted of some recently constructed buildings and some very old existing structures linked by complex, winding pathways, some below ground. Floors did not match – a path from the first floor in a new building may lead to the second floor of an older building and so forth.

During the early phase of the project the task force raised the issue of the stress and psychological factors that this complex labyrinth may cause to users and decided to deal with this from the outset as a critical aspect of the wayfinding/signage process. Consequently, the Task Force sought out and identified a person who was a Professor of Architecture and an Environmental Psychologist at Georgia Tech, Professor Craig Zimring, to work with the Wayfinding Task Force. Professor Zimring’s work focuses on understanding the relationships between the physical environment and human satisfaction. His input was significant. Using students from his department, surveys were conducted at various intersections, choke points, entrances and so forth at the hospital to try and identify how people felt emotionally when reaching certain points in their attempt to navigate the facility. Demographics were collected during this process which identified age, language and other variables to identify how certain demographic groups were impacted psychologically at certain points as opposed to others. The results of this study were carefully considered in developing the wayfinding and signage system. The decision to add a Psychologist to the Wayfinding/Signage Task Force was a very good one and ultimately proved invaluable in the development of a very effective wayfinding system.

Hospitals often comprise multiple floors, wings and even buildings. Such[...]