Next time you’re walking around a high-traffic area of a historic city such as London or New Orleans, take a moment to appreciate the signage around you. Oftentimes, historic cities maintain the legacy of past signage – with the roots of older sign styles and design passed down through the lineage of a storefront or street.

Blade signs are one such sign type that is common in a historic context but maintains its practical application for businesses today. So what are blade signs and why are they important?

Blade signs, also known as projecting signs or flag-mount signs, are mounted to a building facade or architectural surfaces, such as a post or pole, at an angle perpendicular to the flow of traffic. They are typically double-sided to be viewed from both directions. Since blade signs project outwards at a 90-degree angle, they are more easily seen than forward-facing signage by people walking or driving by.

Visibility is precisely what makes them so special – blade signs are best known for attracting attention. Blade signs are implemented in a variety of situations, both interior and exterior, for an array of market segments. While they are also popular in wayfinding, this article will primarily examine the role of blade signs in branding applications.

When it comes to branding, blade signs are often implemented in areas with little space between buildings or storefronts tucked away from the main street to increase brand visibility. Blade signs, as such, are effective at increasing foot traffic to a place of business.

Signage has historical relevance as an essential component of commerce. Like most disciplines, signage has evolved in complexity over time.

Examples of historic signage can be found in civilizations such as Ancient Rome, where wine vendors would hang vine leaves outside of their stalls to indicate their trade. In addition to representations like vine leaves, vendors in large cities throughout the Roman Empire utilized other early forms of signage like painted frescos or carvings in stone, wood, or terracotta. We know this today due to both written accounts and archeological findings in preserved ancient sites such as Pompeii.

Blade signs have a legacy that dates back to as early as the 13th Century in Britain where, over time, it became common to give a name to one’s business. Initially, since the majority of the population could not read or write, signs were composed of painted images – think of pub names like the Red Lion or the White Boar and how they would be represented. It became mandatory for pubs and inns to display a sign in 1393 after an act was passed by King Richard II. Blade signs were a popular choice to implement, with the design choices becoming more extravagant over time as competition in towns and cities increased.

In the United States, intricately designed blade signs were in peak popularity from the 1930s to the 1960s. Today, some of these existing historic blade signs continue to be recognizable and cherished landmarks in cities around the world.

Blade signs are especially flexible when it comes to customization and design options. Effective at adding character, elegance and attracting attention, blade signs are best suited for areas with heavy foot and vehicular traffic. There is no standard specification for a blade sign – the design can be tailored with a myriad of options to suit an organization’s messaging and brand.

Blade sign design is as unique as your organization. From aluminum to wood, there is a wide range of blade sign material options. Like most sign types, there is a long list of customizations possible for blade signs. In addition to questions like size, color and orientation, blade signs can be crafted with a list of additional considerations like mounting method, illumination, or style of graphic application.

ASI sales consultants and graphic designers have the experience and capabilities to design, build and implement your signage vision. With 30 offices across the United States, ASI works with companies of all sizes to complete installations both locally and internationally. Request a Consultation today to discuss how ASI can assist your organization to achieve its signage goals,

Studies on wayfinding and gender suggest that differences exist in[...]

Don’t Scrimp on Signage When Building Your Brand

Architectural signage plays a number of critical roles for your[...] 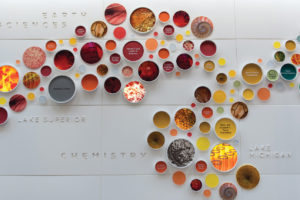 Donor Recognition Signage – Why is it Effective?

Signage for donor recognition is a creative and interactive piece[...]