Having originally opened its doors in 1951, Appleton Arena is one of the University’s significant heritage facilities, making it an iconic space for the local community.

Throughout history, renovations have taken place at the arena. For this project, St. Lawrence University wanted to preserve the arena’s history and traditions while bringing the facility into the 21st century.

ASI was contracted to complete a Design-Build project which would require the coordination of many departments within the University.

ASI’s goal was to combine historic elements of the arena with new designs while commemorating people and stories of the past.

When Appleton Arena was built, cast bronze plaques were used to recognize and honor events and people who made the space home. ASI was able to revitalize one of the prominent plaques that had become weathered over time.

The scope also included two prominent display walls. The “Legends of Appleton” wall celebrates those who have helped build the hockey tradition at St. Lawrence University. The main benefactor wall honors donors while showcasing key events of the past. The wall includes updateable team photos tying the past to the present.

ASI implemented signage that honors the past, compliments the donor program and promotes the school’s brand into the future. 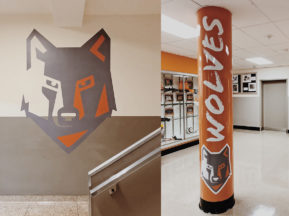 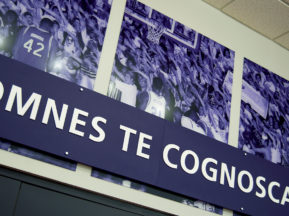 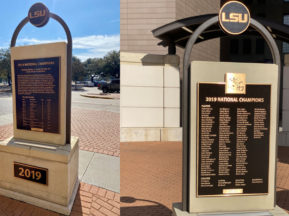 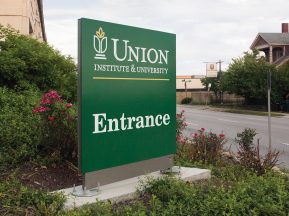